The moment has finally arrived. In recent weeks Tony’s scarf has been completed behind the scenes. Chris used her patented blocking technique on the scarf and I have to say, it looked like a million dollars! 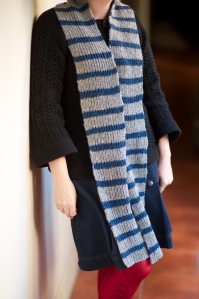 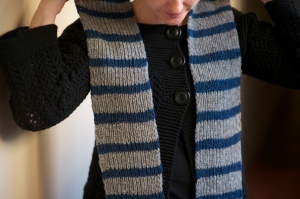 Tonight was the night of the hand-over. Poor Tony didn’t know what hit him!

So here’s how it happened. Melanie called Tony over after he had delivered one of his amazing hot chocolate drinks. She began by saying how the Richmond Knitters had been coming to Kojo’s for over 2 and a half years.

CLICK (that was me taking a photo, I am my mother’s daughter, I didn’t want to miss a thing) Tony I think was rather unsure about what was about to happen… 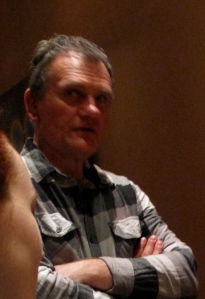 And then Melanie did a wonderful job of presenting Tony with the scarf and also a Richmond Knitters mug. 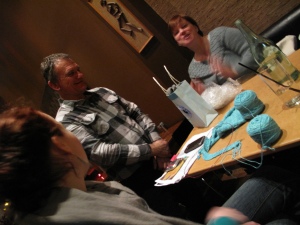 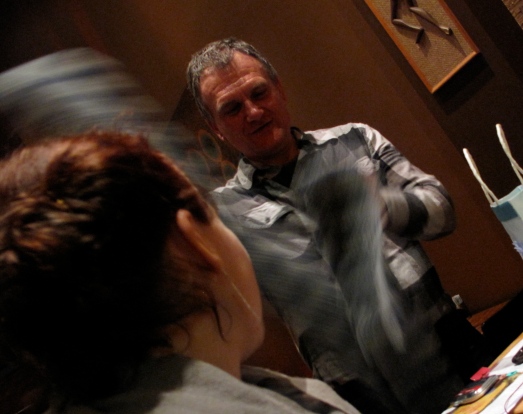 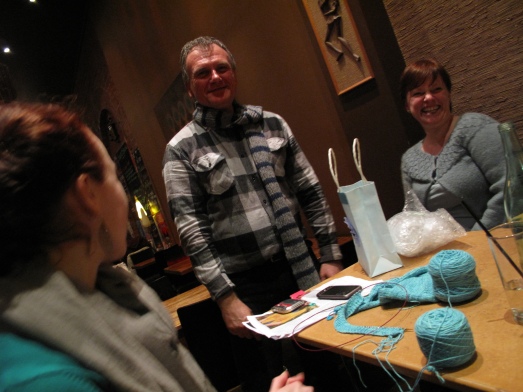 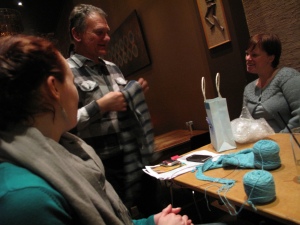 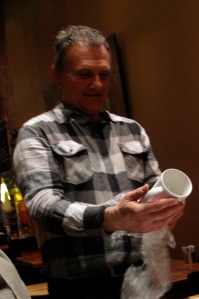 Thank you Tony for taking care of the Richmond Knitters each Monday and for putting up with our requests for turning the music down and turning the lights up. We truly are lucky to have such an accommodating guy.